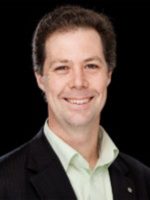 Eric May is the Chevron Chair in Gas Process Engineering at UWA which, in 2011, was endowed in perpetuity. He is also the Director of the Australian Centre for LNG Futures, an Australian Research Council Future Fellow, and was a Visiting International Professor at Ruhr-Universität Bochum in Germany from 2015-18. His research group at UWA works closely with industry, conducting projects in LNG production, flow assurance, CCS and fluid property prediction. In 2017, Eric co-established Gas Capture Technologies Pty Ltd, a spin-out company for patented technologies to capture methane from coal mines, land-fill gas and other sources. In 2019 he led the bid to establish the Future Energy Exports CRC, which will conduct industrial-scale research to support LNG and Hydrogen exports from Australia. Eric was awarded the Malcolm McIntosh Prize for Physical Scientist of the Year as part of the 2012 Prime Minister’s Prizes for Science.